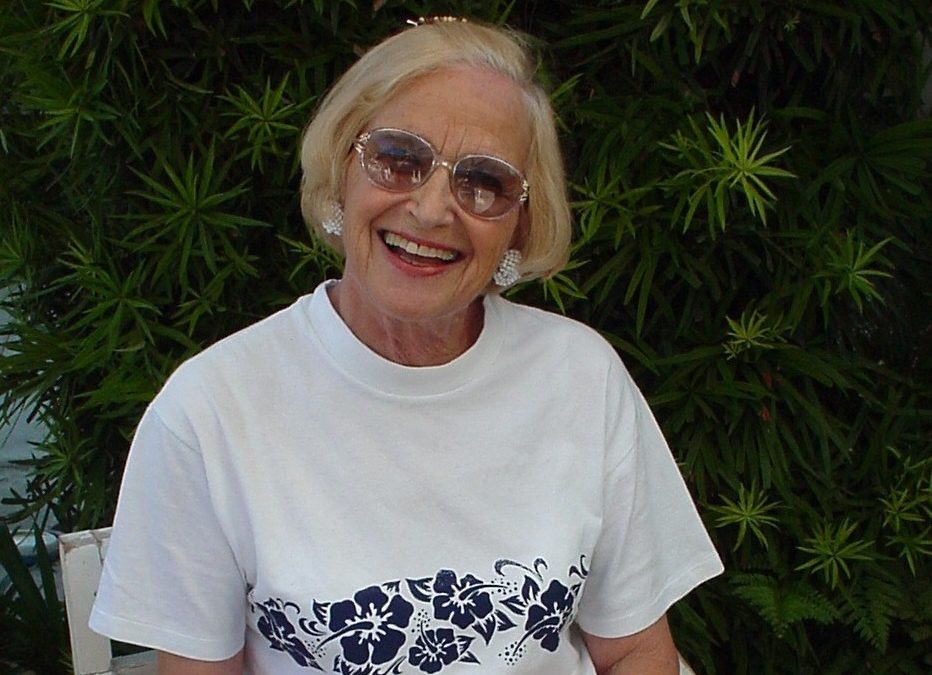 When my sweet, good natured, happy Mom was in the moderate stage of Alzheimer’s disease, occasionally she would behave in ways that I would have thought impossible.  One day I got a call from the manager at her assisted living home.  Mom had gotten frustrated with a fellow resident and she hauled off and slugged this woman in the arm.  The poor thing got bruised.  Mom had to be written up with a note in her file.

Negative behavior isn’t willful.  It’s that their brain is changing.

Mom’s caregivers informed me that when she got really mad about something, there was a chance of her throwing the F-bomb. WHUT??    If she were sitting here with me now and I told her about that, I guarantee we would both be laughing hysterically.  She had a great sense of humor.

When Mom had to be hospitalized for various illnesses, the tendency to get aggressive would surface.  We couldn’t explain to her that the various tubes in her skin were there for a reason.  Well, we tried of course, but several minutes later she would have no recollection of such a conversation.  She would take several swipes at the nurses or try to rip out the monitors.

I remember one time that I got so frustrated trying to tell her why the heart monitor needed to stay on her chest that I pinned her arm down to the bed with sheer force.  A definite low point for me.  Especially low since she was the one who apologized.  I felt an inch high.

Another time in the hospital, she was hooked up to all kinds of tubes and machines and she was again trying to rip them out.  I called the nurses and was disappointed that they really didn’t have much of a solution.  They ordered a “sitter” to be there with her, but before all that got in to place, I had to call my husband to come take over.  I was exhausted.  He got my husband-of-the-year award and I felt just awful.

Now, when I research the topic of dealing with the negative personality and behavior changes that happen to someone with Alzheimer’s disease, I find a lot of material on tools to distract.  It’s not a difficult subject to grasp.  At least it shouldn’t be.  There is music.  iPods with earbuds are wonderful.  There are rubber fidget gadgets that you can squeeze or twist.  There are stuffed animals that hug and sing.

I sure would be a better daughter and caregiver if I could have a do-over, but Mom would not have wished that on me.  At least looking back, I can remember many times we laughed together even during difficult parts of her disease.

When I was growing up, Mom made me put a ‘nickel in the dish’ for saying a swear word.   I learned quickly which words I could say and which ones to avoid.   Life does throw curves and I never thought I would have to worry about Mom’s behavior.  She took care of and disciplined me, not the other way around.   I personally never heard her throw the F-bomb, but if I had,  I would have made her nickel in the dish punishment a lot more costly.

Perhaps a trip to Nordstrom?

A website called Daily Caring has a good article on products that can be helpful to distract.