The Case of the Missing Toothbrush 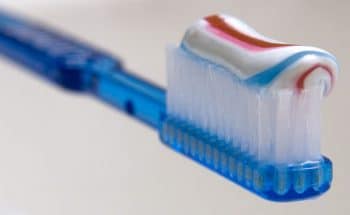 My Mom was never really inclined to pick up the phone and call me just to chat or shoot the breeze. Usually, she had a story to tell or a question to ask, and the topics were light, positive and upbeat. We always enjoyed talking with each other. Now, in this particular stage of her Alzheimer’s disease, she called me frequently and she was usually mad or frustrated.

I found it interesting that she would become obsessed with a particular topic and not let it go. We had already gone through the phase of her thinking her eyeglasses were stolen. Now, I was getting multiple calls a day from her telling me that someone had stolen her toothbrush. Her toothbrush?? I tried telling her that even the most desperate thief on the planet would never ever want her toothbrush, but she wasn’t convinced.

I would go over to her place and sometimes her toothbrush was right there in the cup by her bathroom sink. Other times, I really had to search. Many times I found it in her top dresser drawer or her suitcase. I think that she was hiding it so that no one could take it. I really tried and tried to convince her that her toothbrush wasn’t stolen, but what I said didn’t matter. In her mind, it was stolen. And she wasn’t happy about it.

One day we were sitting in her living room, and the care manager of her assisted living facility came in to say hello. The subject of the stolen toothbrush came up, and the care manager didn’t skip a beat. She said, “Well, we will just have to catch that horrible thief and put him in jail!!”

Perfect!  Why didn’t I think of that?

I never really figured out why her toothbrush was such an intense subject of concern. This continued for several weeks, so one day I tied a string on the end of it, and then secured the other end of the string to the bathroom drawer handle. That seemed to do the trick, and eventually, whatever it was that made her anxious about her toothbrush subsided and it was no longer an issue.

Keeping perspective is important, and in the grand scheme of Alzheimer’s disease, this was a very small problem. I do admit, however, there were days that I found myself wishing for a thief who needed a new telephone!

The Alzheimer’s Reading Room is a good source for information regarding many behavior issues. You can find it here, then search ‘stolen’:   alzheimersreadingroom.com

Another good source for information on behavioral issues: http://www.helpguide.org/articles/alzheimers-dementia/alzheimers-behavior-management.htm#rummaging